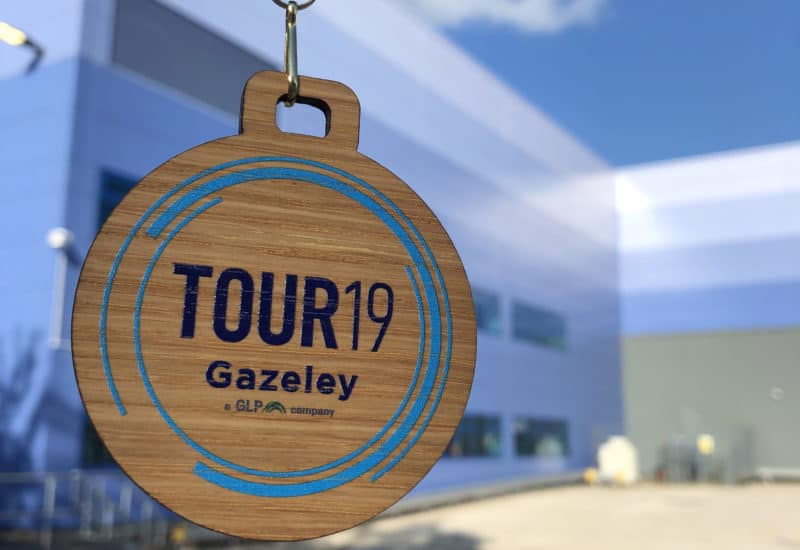 Following the success of the inaugural 2018 Gazeley Cycle Tour, Team UMC once again saddled up for a 60 mile ride around the Leicestershire countryside on September 25th.

Cycling in aid of Dementia UK, participants were generously hosted by Gazeley at their very own Magna Park Development, Lutterworth.

Despite the expectation being for heavy showers and strong winds, conditions on the day remained overcast but predominantly dry, with only a few isolated showers experienced throughout the morning.

Fueled pre ride with a selection of breakfast rolls, hot drinks and the obligatory banana, UMC Architects colleagues Morgan Bailey and Richard Coleman departed alongside the rest of the peleton, on their 60 mile supported route from a start/finish line at a recently completed Gazeley distribution and storage facility and , after a brief circuit through the Magna Park development itself, broke out in to the Leicestershire countryside on a looped route taking in the rolling and picturesque countryside around Market Harborough, Brixworth and Lutterworth. 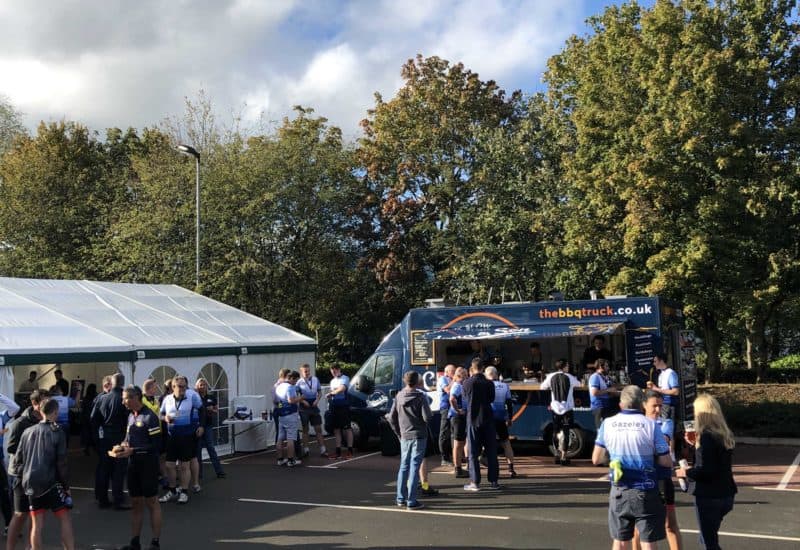 At a steady average pace of 15mph, and with the sheer numbers of riders on the road making moving back and forth between groups possible, the chance to catch up with familiar faces as the miles passed by was welcome; even if conversation slowed as the hills steepened!

Upon arrival at the finish line all riders were greeted by a superb selection of food and refreshments; including a bar serving meat dishes glazed with, and beer brewed using, honey produced by the very bees from the hive that Gazeley have installed as part of the overall landscape strategy at the Magna Park development. With such a short journey from field [or hive] to fork, there were no excuses for riders to not reward their good work with such a hearty meal.

Most importantly of all however, a total of £10,300 was raised by the participants with 100% of the entry fees for the event passed directly to Dementia UK. 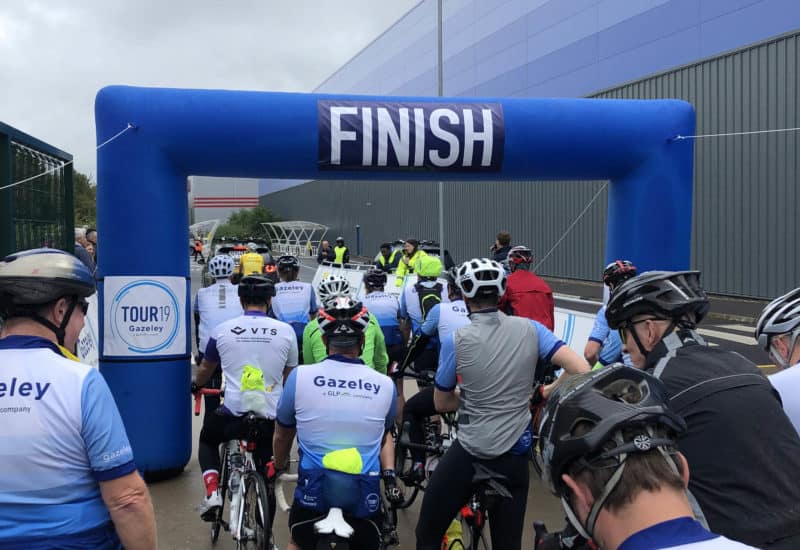 A huge thank you has to go to both Gazeley and Zeus Events, their partner for the day, for organizing such a professional event with arrangements extending to a wider support team made up of motorcycle outriders, mobile bike mechanics and first aiders; although thankfully the UMC team [and bikes] remained in one piece throughout.

UMC would also like to extend our warmest congratulations to all who participated in the ride; taking on and completing such a worthwhile challenge.

To see more about the great work done by Dementia UK, and the specialist Admiral nurses that are able to support families affected by dementia because of funds raised through events such as this please visit Dementia UK